Preparing for this Moment

Most profound change to our labor legislation

On the first of May 2019 the Official Journal of the Federation published by instruction of the federal executive major changes to the  Federal Labor Law.  The reform of said legislation was first approved by the lower house of the Mexican congress and later approved by the senate of the republic.  From the perspective of different specialists, this is the most profound change to our labor legislation in recent dates notably for the transformation of the labor justice system that will pass from an administrative justice system to a judicial system in charge of the judiciary thus professionalizing the provision of labor justice for the benefit of both workers and employers. The second most relevant change is related to the freedom of association and collective bargaining which will mark a new stage in both trade union life and the dynamics through which collective working relations are carried out in Mexico.

Derived from these changes and the impact they will have on the world of work in our country are various questions and concerns that arise and are on the table of both human resources executives, company managers and even traditional union leaders. In the following lines I will reflect on the following approaches:

How did we arrive to this new reality and new rules of the game?

Are the new leaderships of the self-determined fourth transformation of authors behind these changes?

Are we in the workplaces ready for this new reality?

A day before the conclusion of his term, President Calderón ordered the publication of the Daily Journal of the Federation changes for the Federal Labor Law itself that had been previously voted on by the then incoming congress. These changes were minimal compared to the recent reform of 2019 but can be understood as first actions, and country vision, then as an agreement between the outgoing government of Calderón and the entering government of Peña Nieto.

The history of change

Three years later, in 2015 President Peña Nieto publicly gave what from my perspective were the first real steps (4 years ago!) of what was recently voted. In 2015 the president sent to the senate the request that Mexico ratify the 1948 International Labor Organization Convention on Freedom of Association and Collective Bargaining (you read it right, 70 years ago!). Said convention, called Convention 98, had already been a source of attempted ratification by Mexico however since our labor legislation was not compatible with the content of the Convention it did not advance our adherence to that document, which by the way, is one of the named Fundamental Conventions of the Labor Organization Convention. Later in 2016 President Peña Nieto sent to the senate the initiative to reform the constitution to insert new systems in order to transform the system of labor justice and guarantee the freedom of workers and their vote. This same year the senate approved it unanimously (that was the case, not even by majority, so as we know now the majority party did not have a presence being the parties at that time who approved the changes in our magna carta).

What followed that approval was the vote at the state congresses for once counting on the vote of the majority (this happened in 2017) the changes to the constitution in this area were published, changes that are now what regulates the recent published new federal labor law. The process that this first of May concluded has been a long journey that has maintained its essence from its initial stage until now demonstrating the high political consensus and country vision around these changes.

Procedural changes to the law

Of the little more than a thousand articles that federal labor law has, the vast majority that underwent changes in the recent reform are those related to the procedural part of the law; the substantive part had minimal changes and among them many went to adapt it to the procedural part (such as changing the word” board” for “court”). While this part of the recent law passed is the one that contains the largest number of changes to items, it is not the only part that will have the greatest impact on the dynamics of the workplaces (it will have it in the labor justice system but not in the day-to-day of our operations floor in plan, individual or collective matter).

Impacts on collective relations and freedom of association

The impact that we will have, and for which we must prepare, stems from amendments to the law on collective relations and freedom of association. This part of the changes, compared to the previous change, is much smaller in terms of the number of items that were modified but in terms of impact in the workplace it is what will generate the greatest transformation to the dynamics and culture of collective working life that in general terms we´ve been used to.

Among the relevant amendments are the certificate of representation, the free vote of workers, the publication of the negotiated and the search for the backing of the majority, the possibility of more than one trade union existing in a workplace (celebrating or in its case negotiation of the company with the one with the majority and not necessarily all).

These points, and their implementation, will be the focus in the following months of new learning for all, unions, companies and employers. The road has been long to reach these new systems, it is still lacking that new laws are created (in October or November this year?) that regulate the new labor agencies and that they implement what has already been approved (such as the issuance of the certificate of representation).

Compliance with the USMCA

We will also be noted by the international community in implementing these changes, especially by the United States of America, as Annex 23 to the so-called T-MEC (USMCA) details precisely the need for Mexico to adopt these changes in order to progress to signing this trade agreement between the countries of North America. 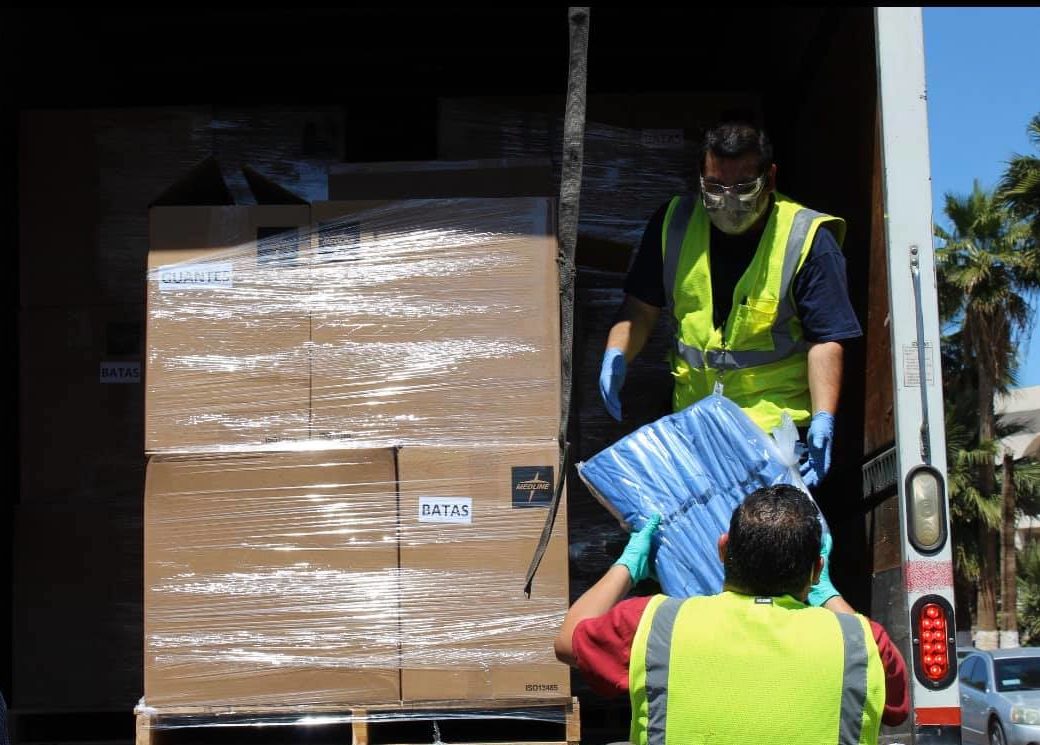 Mexicali, Baja California- As a socially responsible global company and in support of the situation facing Baja California due to the COVID-19 pandemic, Medline Industries,